Austria currently has a gambling monopoly (§ 3 GSpG), whereby the Federal Minister of Finance (BMF) can transfer the right to conduct gambling to private companies by granting a licence. The direct award of licences, which was practised until 2010, was declared inadmissible by the ruling of the European Court of Justice in the Engelmann case (C-64/08): As a result, the Federal Ministry of Finance had to put its gambling licences out to tender Europe-wide, publicly and transparently for the first time – with moderate success as regards the licensing of providers other than CASAG and ÖLG.

The stationary casino concessions were awarded in two packages of six licences each – so far all in the hands of CASAG. In addition, three further individual licences were put out to tender for the first time in 2013, the award of which was delayed due to legal disputes and which – as things stand at present – will probably no longer be put out to tender. The only lottery licence which also includes online casino games (so-called “electronic lotteries”) was granted to the ÖLG (most recently in 2011).

The tender conditions for the lottery licence were tailored to the monopolist, especially as proof of at least five years of experience in offering lottery products was required. This definition of offline combined with online requirements meant that it was de facto impossible for a provider providing its services exclusively via the internet to obtain this concession. In addition, there is by now no justification for why, in a rapidly growing market, only one licence is required in order “to steer the gambling instinct into an orderly course”. Overall – as the European Court of Justice has already stressed several times – this raises serious doubts as to the conformity of the Austrian gambling monopoly with Union law.

Due to their EU licences, the members of the OVWG offer their services completely legally in Austria. Due to the lack of possibility to obtain Austrian licences and the fact that the Austrian gambling monopoly is contrary to EU law, need for action on the part of the legislator arises. The providers are prepared to apply for Austrian licences at any time and already comply with high player protection standards. These providers are taxed by the Federal Ministry of Finance at 40% of the annual gross gaming revenues.

Role models in the EU show how sustainable regulation of the online sector can succeed. In these countries it has already been possible to create a modern legal framework for the online sector and thus take account of the progressing digitisation: Denmark has taken on a pioneering role in Europe. The Danes have a licensing system with no numerical limit on the number of licences and strict requirements regarding consumer, data and youth protection. The authority publishes compliance guidelines and recommendations and also works closely with licensed gambling operators. Only one year after the opening of the market in 2012, the authority estimated the share of unlicensed providers at less than 5 percent. See below under “What we want to achieve” which criteria have led Denmark to successful regulation; we also want to achieve this for Austria.

Creation of a nationwide uniform legal framework for online gambling and betting on a regulatory and tax level, in line with EU law and market requirements. It is necessary to maintain the existing distinction between gambling and sports betting.

Under this new legal framework, licences will be issued without quantitative restrictions, a high level of player protection will be ensured and money laundering will be actively prevented. The aim is to give serious providers willing to regulate fair access to the Austrian gambling and betting market.

Licensees should be taxed uniformly on the basis of gross profits for all products and this should not exceed 15%. Beyond this percentage, this positive channelling effect is lost as suppliers increasingly withdraw from the market and this in turn leads to customers playing in the unregulated market.

The OVWG is convinced that by creating an attractive, differentiated offering, players will increasingly use the licensed platforms and be less inclined to turn to offers from other providers. Successful regulation steers players towards licensed gambling and betting providers.

Gambling and sports betting providers are to be supervised in future by an independent, nationwide competent authority. In addition to supervision, it will also be responsible for licensing. The existing system, in which the Federal Ministry of Finance plays a triple role (owner, supervisory authority, licensing authority), is no longer tenable. 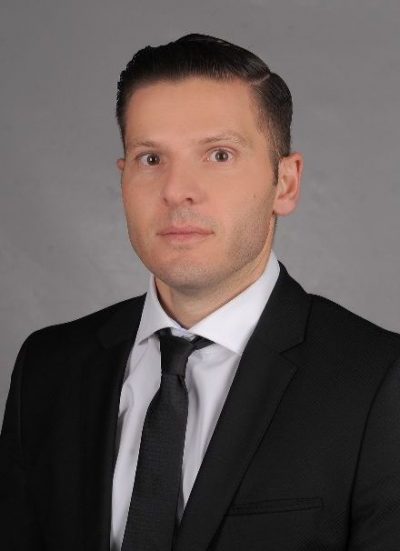 “In order to keep pace with digitization, Austria needs new regulations for online gambling. The granting of licenses, which is linked to high standards of player protection, creates a framework that benefits everyone: complete supervision and guaranteed tax revenues for the state, high standards of player protection for customers and legal certainty for responsible providers”

The right to offer sports betting is not subject to any numerical restriction in Austria. The federal states are responsible for regulating, supervising and issuing licences. This means that nine different legal norms must be observed within the federal territory; only a few of them regulate the online area….

OVWG is aware of the fact that betting and gambling involve a high sense of responsibility. The new regulation of the online sector against the background of player protection is therefore a central concern of the OVWG.  In addition to the monopolist, private providers have also been investing in the successful (further) development of player protection for years…